We never say no to a good cup of coffee. This is why we immediately took it upon ourselves to review the Technivorm Moccamaster KBG 741 when the opportunity arose.

There is a lot of hype surrounding this product. That’s not surprising, given its price and European origins. Today we put the KBG 741 to the test and see if it deserves all the love it’s getting.

Instead, it has a pot made out of thin glass. It is nice to look at, but it is harder to pour compared with steel carafes. Some of the coffee can spill especially if you pour it haphazardly. If you are careful with your movements, though, it should not be a problem.

We think being a little more careful with pouring coffee is a very small price to pay for such an elegant-looking coffee maker that brews perfect cups!

The Moccamaster brand has become a popular and beloved name among coffee lovers. This time, manufacturer Technivorm gives us another reason to love their coffee makers with the following features found on the KBG 741.

The natural brewing pulse action by the KBG 741 is caused by its “ultra-precise, pre-immersion drip-style system.” This feature ensures the right coffee bloom during extraction.

The genuine hot plate that comes with the KBG 741 is smartly designed and perfectly matches the premium look, feel, and status of this coffee maker. It serves its function without scalding what it is brewing.

This is nice, especially today when many coffee maker models are switching to flat plastic foot plates.

This technivorm moccamaster KBG 741 model also has an automatic shut off feature, so you do not need to worry about forgetting to turn the machine off.

As we mentioned earlier, the KBG 741 uses a glass carafe instead of a steel thermal one like those found in their other coffee makers. The glass feels frail, and you have to pour it a certain way to avoid spilling out of the sides.

But then again, maybe it just really takes a little getting used to.

The drip stop is responsible for cutting down on mess and minimizing cleanup. It is able to greatly reduce the likelihood of overflows.

It operates automatically, which means you do not have to manually adjust the drip aperture of the basket

The Moccamaster KBG 741 actually has two heating elements. The primary one is a copper heating element that can get the water temperature up to 200 degrees instantly.

The secondary heating element keeps your brew just hot enough once it is made.

The KBG 741 is not just easy to use. It is also easy to clean, thanks to its removable parts, which are all large, clearly marked, and just rest in their places without complicated locking mechanisms.

Taking this coffee maker apart for routine cleaning is completely possible by hand. Take note, though, that the cleaning itself has to be done by hand too because the manufacturer advises against using the dishwasher.

The transparent pitcher is one of the better features that make the KBG 741 elegant. As your coffee is brewed, you get to watch the bubbles move up inside a glass tube in the middle of the pitcher, traveling their way to the brew basket. It is a calming, soothing view that is a welcome sight in the morning.

It looks like it can easily break, though, so handle it with extra care.

This is a feature that is common across all Moccamaster coffee makers. There are separate elements for brewing and holding, which means you get the best temperatures for brewing and for the hot plate.

The KBG 741 often gets mixed up with the KBT. Here are some of their key differences to help you tell the two apart.

The KBT has a stainless steel thermal carafe in place of the KBG 741’s glass carafe. In addition, the former has a manually operated brew basket drip-stop mechanism, whereas the KBG 741’s is automatic.

In terms of looks, the two are very similar to each other (as well as the rest of the Moccamaster line), although the KBT is lighter than the KBG 741 by about 0.45 kg.

Also, you will immediately notice that their water reservoirs are very different. The KBG 741 has glass, and the KBT has the “Brew-Thru Lid.”

Overall, the KBG 741 and the KBT are highly similar in terms of appearance and coffee quality. Most of the differences lie in the ease-of-use features, many of which are in the KBG 741.

What Users Say About the Moccamaster KBG 741

This beautiful coffee maker manages to earn an overwhelming amount of good reviews on any e-commerce site. Most of the positive comments revolve around the look of the KBG 741, the taste of the coffee it makes, its heating capacity, and its durability.

We have gotten so used to the inferior taste of auto-drip coffee that a lot of people are pleasantly surprised at the taste of a Moccamaster. Some of the Moccamaster KBG 741 reviewers are posting several years after they purchased this product, reporting that it works, heats, and brews just as well as it did on day one.

The KBG 741 is not immune from negative reviews, though. Some users comment that the parts are fragile and replacements are hard to come by. Some people think the taste of the coffee is just not worth what they spent on the machine.

Is the Moccamaster KBG 741 Worth It?

We will have to answer this question with a resounding YES. it has good looks with outstanding performance to match. For the price of the KBG 741, other manufacturers can give you an attractive design, great-tasting coffee, or extreme durability. Rarely will you ever find a coffee maker that can provide all of those in this price range?

The KBG 741 is made with admirable Dutch craftsmanship. It is designed to last long with inherently durable materials and modular parts. The coffee is next to none, and stays that way for many years.

It is not difficult to adore the Moccamaster KBG 741 at all. It is absolutely beautiful and easily one of the most stylish and elegant coffee makers on the market today.

You will love the easy-to-use interface, the effective dual-heating element system, the genuine hot plate, and the natural pulse brewing action that it uses to brew your morning coffee.

Sure, it is a lot more expensive than many coffee makers, but you will realize why as soon as you get your hands on it. 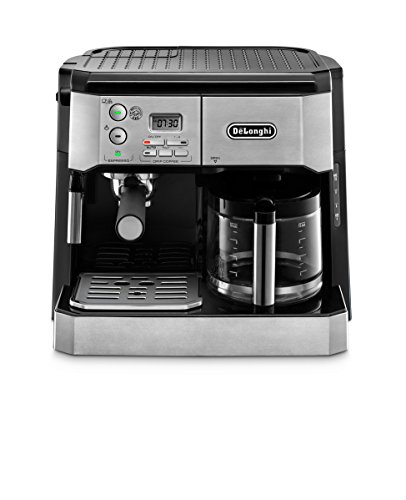 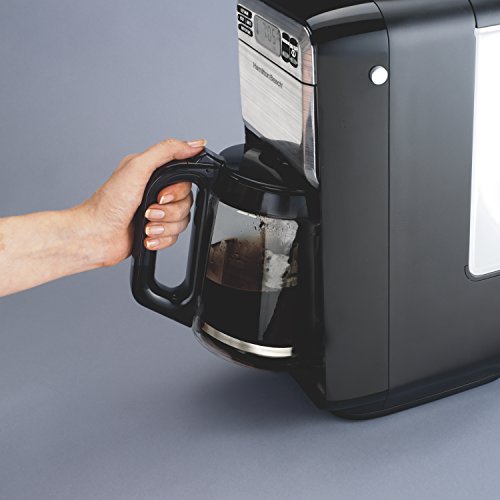