Two Ninja coffee makers, CP301 and CP307, are equally famous and completable. So, ordinary folks like us get confused while buying one. If you are in the same queue, then this Ninja CP301 VS CP307 review is worth considering for you.

Ninja coffee maker cp301 vs cp307 are both worthy devices. And, they are almost the same machine, except for some differences like the price and carafe type.

And, based on these two, I love the formal one than the latter. Today, I will tell you why the Ninja CP301 is better.

What Are The Differences And Similarities Of Ninja CP301 VS CP307

In this Ninja CP301 VS CP307 comparison chart, you have already noticed, there isn’t a significant difference between them without the carafe material and price.

Both Ninja coffee makers have a familiar appearance. The clean and sleek exterior will attract anyone’s attention to your countertop. Also, the units are simple, brew directly into the cup on the left and a control panel on the right.

Fortunately, both are counter-friendly devices and won’t take an ample space in your kitchen. And, they both have the same measures, 11.8 inches in depth, 10 inches in weight, 15 inches in height, and weigh around 11 pounds.

The interface is pretty straightforward; the text is bold, clear, and has icons for better interaction.

With coffee makers, adaptability is an essential factor. Because, at a different time, you require different types of beverages, cups size, or amounts.

The Ninja cp307 vs cp301 are flexible coffee devices when it comes to these cases. You can make a personal cup of single-serve, a travel mug, or a large 10-cup carafe.

If you like creamy drinks, such as lattes, cappuccinos, or macchiatos, you will love this machine. You can make all these milk smooth and delicious milk foam right from the comfort of your kitchen. Ninja hot and cold-brewed system cp301 vs cp307 comes with a Foldable frother on the side.

The best thing about the frothers is, you can fold them in after using them. That means it keeps the streamlined design and won’t take extra space. Also, the light weight allows you to carry them easily.

What separates these coffee makers from the regular queue is their versatility. They are not limited to one function. Both of them can brew various types of coffee or tea, including over iced coffee or tea and specialty.

To accomplish that, they utilize an innovative basket recognition system. But, the process isn’t complicated. These Ninjas come with coffee and tea baskets. If you put either of them, the machine will identify which basket is being used and show you options for that drink.

The innovative method reduced displaying buttons by reducing unnecessary ones for the time being. Suppose you are making coffee, so displaying tea options would be confusing and distracting. So, these Ninja does a great job by recognizing what you are doing and removing unnecessary things.

The size and process of refilling affect the convenience of using your coffee maker. Both the coffee makers have 60 oz coffee quality, which means it brews 12 cups before running out.

Now, let’s talk about the only noticeable difference between ninja cp301 and cp307, which is the thermal carafe of CP307. On the contrary, Ninja CP301 has a glass carafe.

The thermal carafe is the best option if you don’t keep your coffee longer than two hours. The carafe will maintain the coffee quality and lose heat slowly.

It is where I make my mind to suggest you with one coffee maker. Ninja CP301 had launched a few years back when it was more than $250. But, the machine price is downfall, and now it costs under $150.

Opposingly, the price of the new model, Ninja CP307, is pretty high right now, which will cost you more than $250, about a hundred dollar difference.

Which One To Choose?

From the above discussion, one thing is clear, both the Ninaj machines are great. And, surprisingly, they both have the same features, same appearance and performance are also similar.

If you need carafe brewing and won’t keep your coffee for long hours (max two hours), then the Ninja CP307 is, without a doubt, a better option. But, comparing everything, especially the price, I highly recommend the CP301 model.

FAQs About the Ninja CP301 VS CP307 Cold Brewed System

Does the Ninja CP307 have a hot plate?

No, the Ninja CP307 doesn’t have a hot plate, as it has a double-wall thermal carafe. And thermal carafe keeps the heat of your coffee inside and releases temperature little by little.

Yes, the Ninja CP301 can brew a standard cup of coffee as well as cafe-quality specialty including, ice over coffee.

What is the carafe size of the Ninja in cups?

The manufacturers didn’t mention the carafe capacity anywhere. Anyways, the carafe is 50 oz, and each serve from the machines is 5 oz. So, the device can hold up to 10-cup of coffee.

I have already told you what I prefer and why I do it. However, if you buy any of these machines, it won’t be a loss. But, as I said, I would recommend the Ninja CP301. Not only it has the same facilities as the CP307, but also comes at a low price.

And, the glass carafe isn’t bad at all. The carafe can keep your coffee hot for a long time at a bit of sacrifice of flavor. But, the decision is up to your to make. So, that’s all for this Ninja CP301 VS CP307 review. 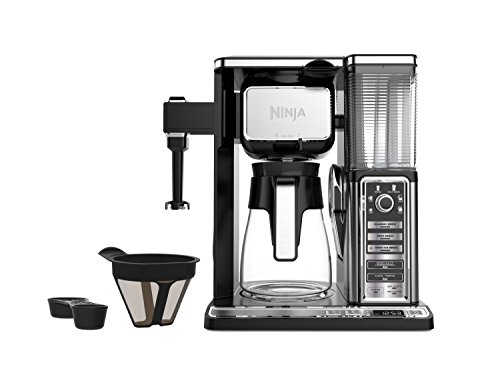 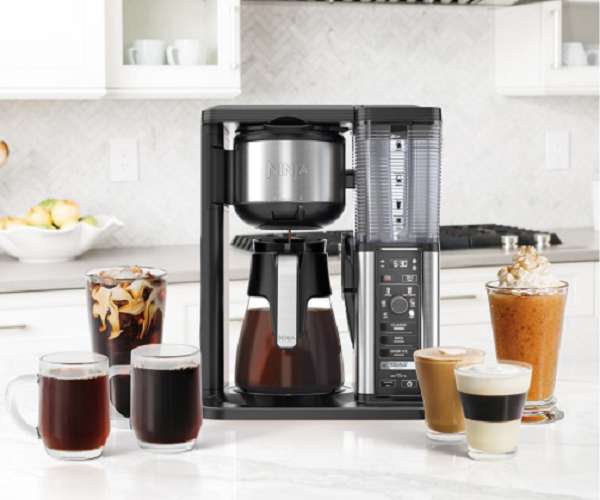